Among the 3,500 rare and fascinating artifacts in the Museum of the Bible are two special little boxes.

Close in size to the height and width of a credit card, these two, small grey boxes are displayed behind glass on the Impact of the Bible floor, in the Bible in the World exhibit. They represent years of dreaming, planning, testing, and pioneering in pursuit of the world’s first solar-powered audio Bible: the MegaVoice.

In 1989, Tom Treseder, a Bible Society of Australia leader, wanted to find a solution that would allow the millions of illiterate people around the world to understand the Bible for themselves. Together, with other Gospel audio pioneers of the day, Treseder’s Bible Society team began to test every tool available in an attempt to make the Scriptures audibly accessible. They would frequently pack up the devices and send them to the mission field. The results reported were good: people were able to hear God’s Word in their heart language, many for the very first time. But equipment failures were common and electricity was scarce.

With the help of Ken Crowell, Treseder’s lifelong ministry partner and electronic technology friend, they would go on to create the world’s first solar-powered audio Bible – the MegaVoice. 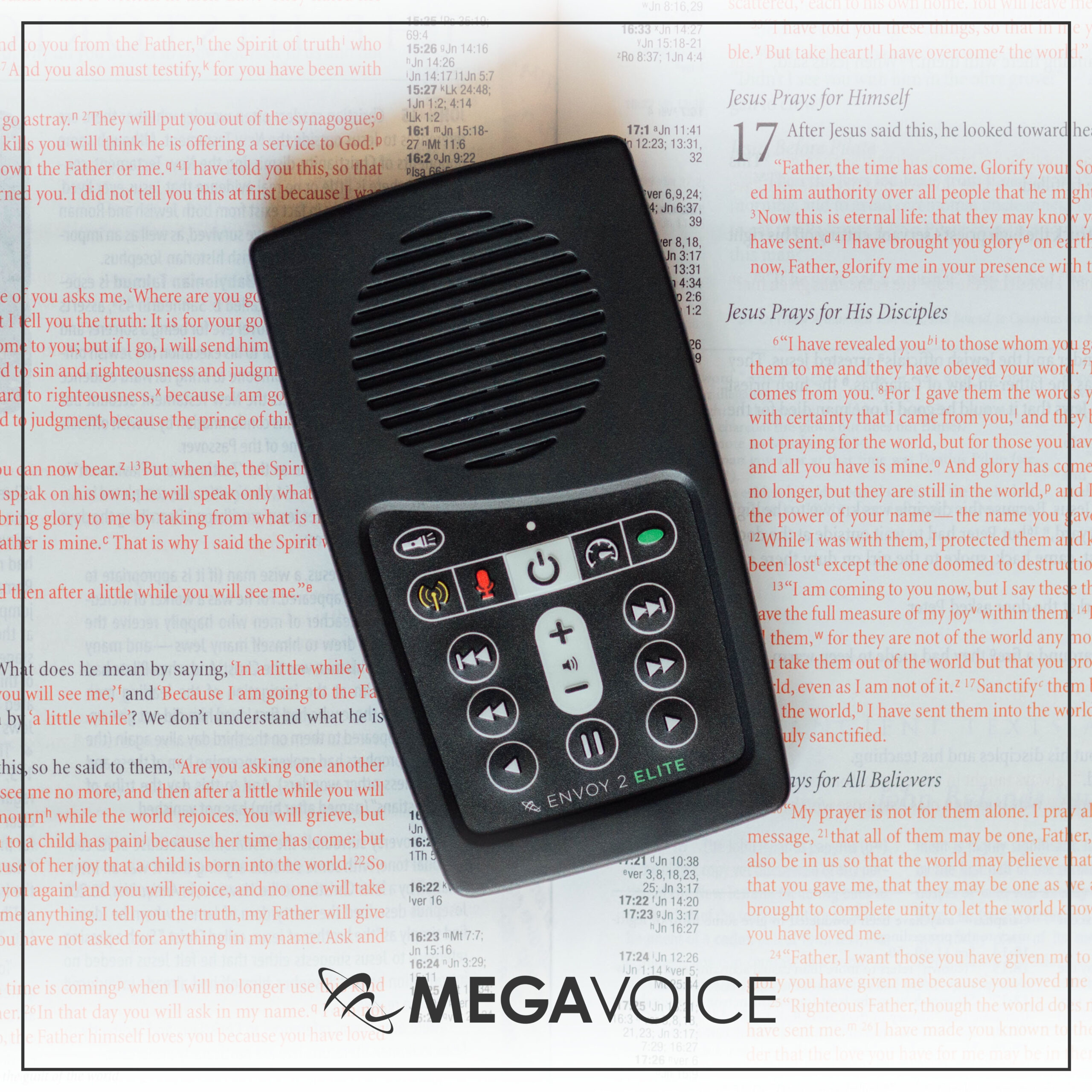 Today digital audio players are everywhere. The MegaVoice, however, has certain features not found in other commercially available MP3-style audio players.

Treseder and Crowell pioneered the two column navigation system in the 1990s. We’re thrilled that this is now imitated by many other Christian technology groups. Finally, our audio files are encrypted. In other words, they can’t be tampered with, recorded over, or lost.

MegaVoice, Museum of the Bible, Tom Treseder
Share on: