when a stranger with fuzzy arms drives over their horizon.

Ombaka sits in the heart of Namibia, on the edge of the sprawling Etosha National Park. The terrain here is mercurial – brutally hot and barren in the dry months and bursting with life after the rains. When the watering holes are full and the acacia is in bloom, you’ll find zebras, elephants, lions, rhinos, and hyena dotting the plains. After the rains, it is picturesque Africa. On this harshly beautiful soil is where you will find the last semi-nomadic people of Namibia – the Himba. 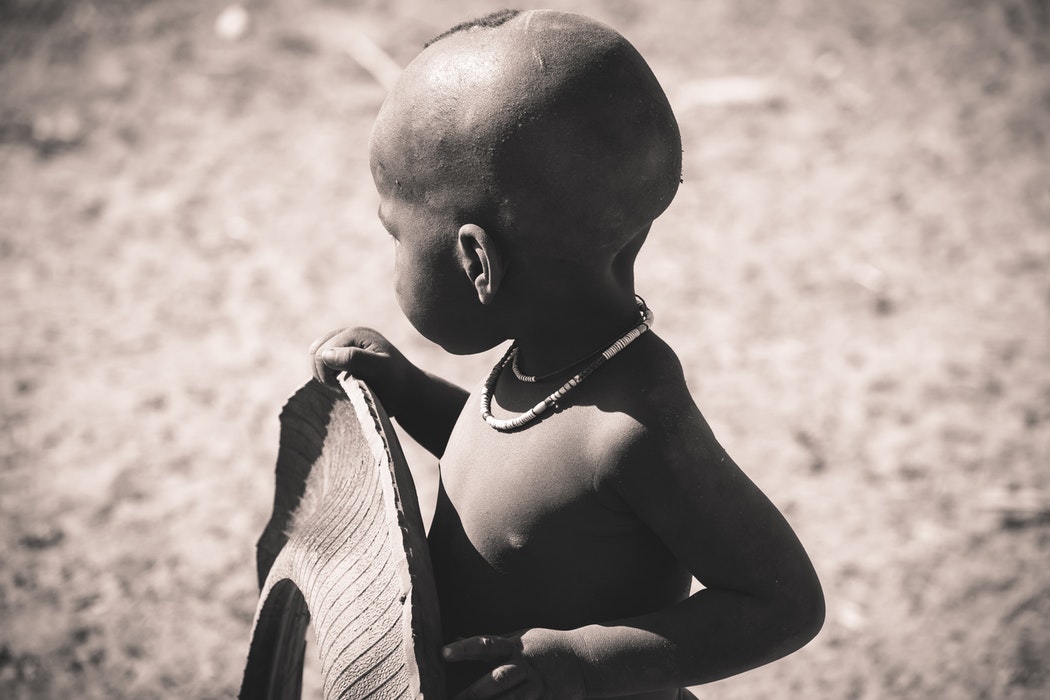 “The end of the road.” That is how ‘Ombaka’ translates and it is aptly named. To reach Ombaka, you must drive until the pavement disappears into sand and the arid desert begins. Namibia has been suffering through a drought that is now stretching into its fifth year. The Himba are a pastoralist people and so they rely heavily on their livestock for milk, meat, and (occasionally) income. The rains here are vital. It’s on one of these hot, dry days that MegaVoice’s Darrel Templeton and a team of missionaries from Samaritan’s Purse appear, little more than a mirage on the horizon. 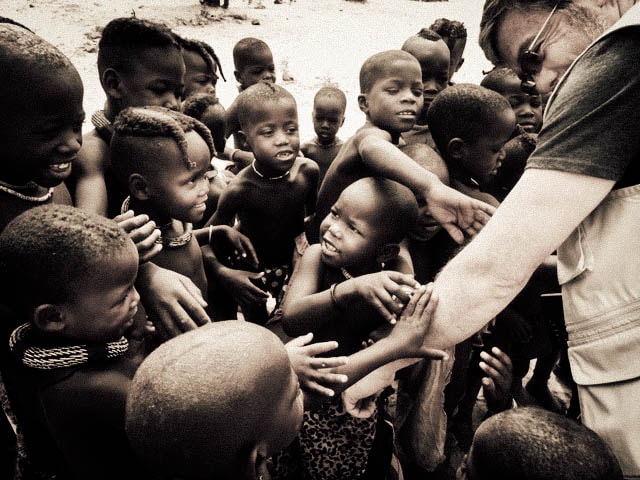 Templeton is bearded, in his mid 50s, with salt and pepper hair. “It took us two and a half hours driving to get from the nearest town to the village,” he remembers. When they finally arrived, “all the kids wanted to shake my hand and touch my fuzzy, hairy arms.” Then they ran and lead the way to their ‘church’ – the largest shade tree on the edge of the village with a small wooden cross perched in the branches. They broke out in a traditional welcome song, “I wished I had been able to understand the words.”

Templeton and the team were led to the village by local pastor, Pastor Rizera. They had made the long trip for a very special reason. Pastor Rizera had been working to minister to this Himba village, visiting and delivering Operation Christmas Child shoeboxes to the children, but he ran into an obstacle in the course of his ministry. For the Himba tribe, and many other people groups around the world, the Bible had never been translated into their heart language, Himba. He painstakingly began to translate the Bible into Himba so they could understand. It was on this trip that Pastor Rizera and the rest of the team brought the village the very first scriptures in the Himba language. And they were delivered on a MegaVoice solar-powered audio Bible. 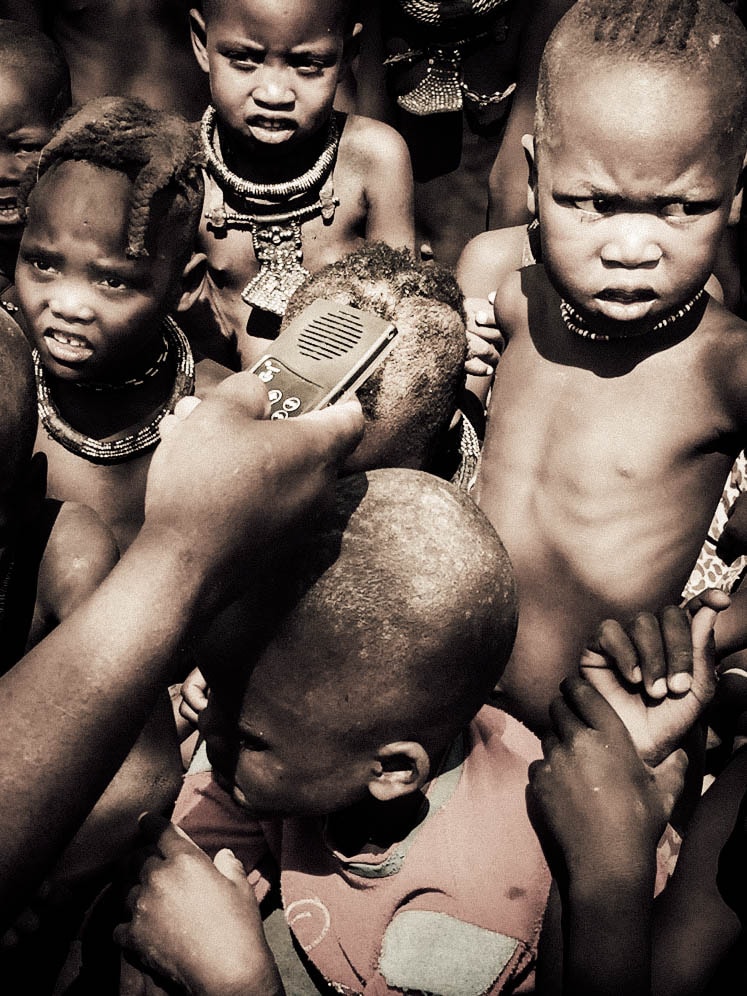 “It was amazing to be able to take MegaVoice audio Bibles to this people group who were hearing God’s Word for the first time in their own language,” says Templeton. In addition to some food and provisions, “we left the MegaVoice unit with [the village’s] teacher.” While this village was fortunate to have a teacher, literacy is only now beginning to be taught to the Himba children. The MegaVoice audio Bible removed the hurdle of illiteracy for Himba who cannot read, even in their heart language.

When the rains finally come to Ombaka, it’s with great ferocity. The skies open and all the dry places are flooded, even those at ‘the end of the road’. As the land cries out for rain, the hearts of the people cry out for the floods of grace. In a parched land, the MegaVoice audio Bible is quenching the thirsts of the heart.

“Let us strive to know the LORD. His appearance is as sure as the dawn. He will come to us like the rain, like the spring showers that water the land.”
Hosea 6:3