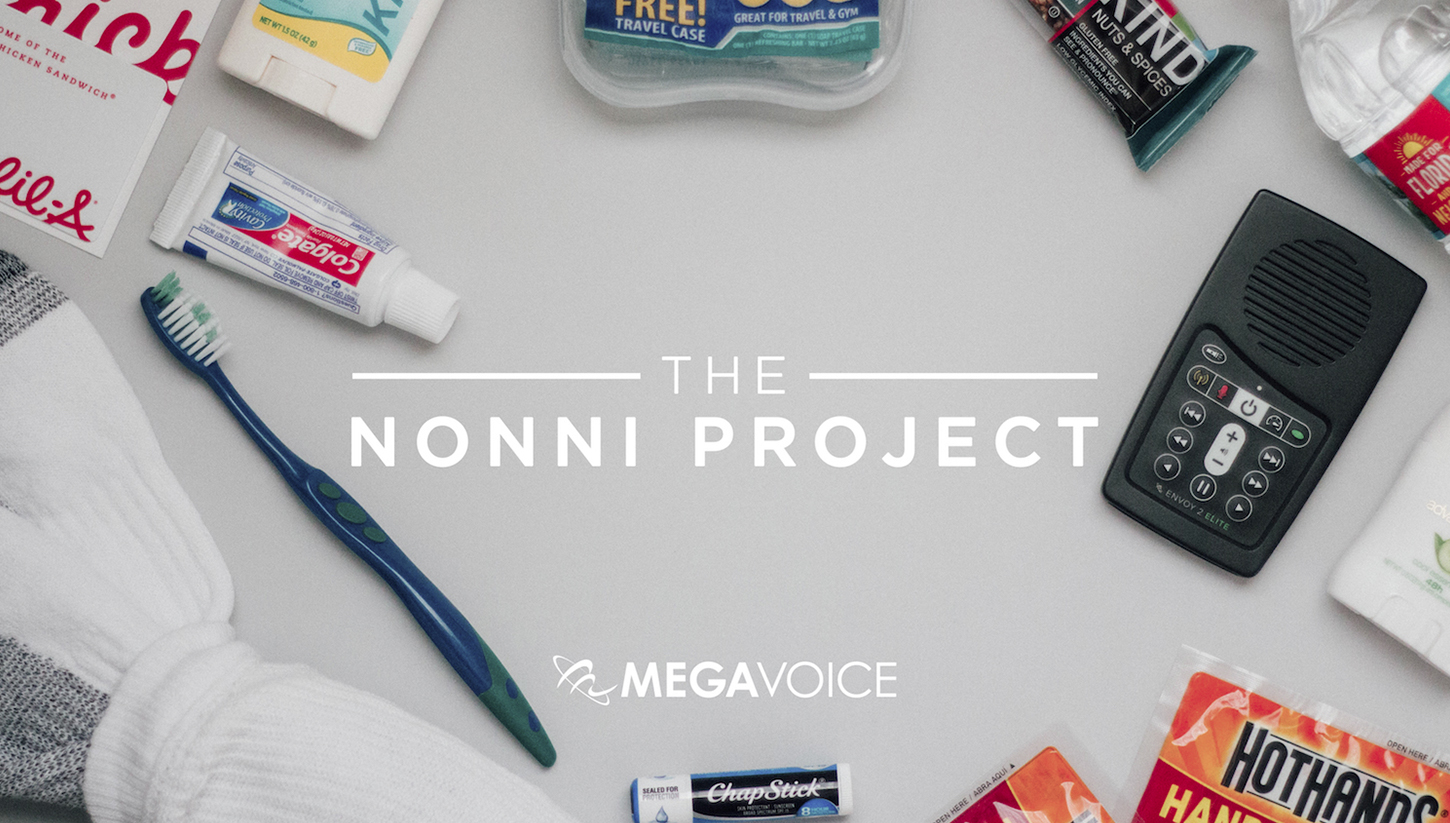 The last time a global survey was attempted, an estimated 100 million people were homeless worldwide (United Nations in 2005) and as many as 1.6 billion people lacked adequate housing (Habitat, 2015). The causes of homelessness are widely varied, as are the needs of those who are impacted by the lack of adequate housing. It’s easy to feel overwhelmed by the enormity of this global problem.

From all accounts by those who knew her best, Nonni quietly got on with the business of loving people.

“Our church had an outreach program for the homeless,” Mariann Ingrasci, Nonni’s youngest child, remembers witnessing firsthand her mother’s heart for the homeless. “Even though Nonni didn’t have much she was driven to join and help with that program.” As a single mother raising four kids on her own, she wasn’t able to donate money. However, she was famous in her community for her Bolognese sauce recipe. Nonni’s sauce was the best of the best.

“She and I would start making the sauce on Saturday,” says Ingrasci, “and Sunday morning we would cook 20 pounds of pasta. She’d buy 10 loaves of bread and we’d go to Searstown in Ft. Lauderdale where we would set up a picnic table. We would serve 50-60 homeless men a warm meal…some hadn’t had a hot meal all week. She felt closest to God when she was doing for others.”

You didn’t have to be homeless for Nonni to pour her radical love over you. “Let me tell you a story about Nonni,” Judy Cibene, founder of The Nonni Project, says about the lady that would become her mother-in-law.

“It was Christmas of ’77. My family had left to go overseas so I was all alone,” Judy was good friends with Charles, Nonni’s oldest son, “Charles called me and said, ‘I know you’re alone but you don’t need to be alone. Come over.’ So he talked me into it and I went over. When I came into the house, there was this whole little pile of gifts with my name on them. I was like, ‘What is all this?’ There was some perfume, soap, and candles…but they all had my name on them. Come to find out, many months later, they were all Nonni’s gifts that she had received and she turned around and put my name on them so that I would feel loved that Christmas day.”

She smiles but her eyes glisten, “That sums up my mother-in-law. She was a giver.”

The selflessness of this great lady became the namesake and inspiration behind The Nonni Project: a global movement of love for those without adequate housing. The Nonni Project gives would-be participants easy to follow steps on how to provide for some of the material needs as well as the spiritual needs of their local homeless communities. By packing and distributing ‘Nonni Bags,’ participants become active parts of The Nonni Project movement. Watch the video below to learn how to pack a ‘Nonni Bag’. 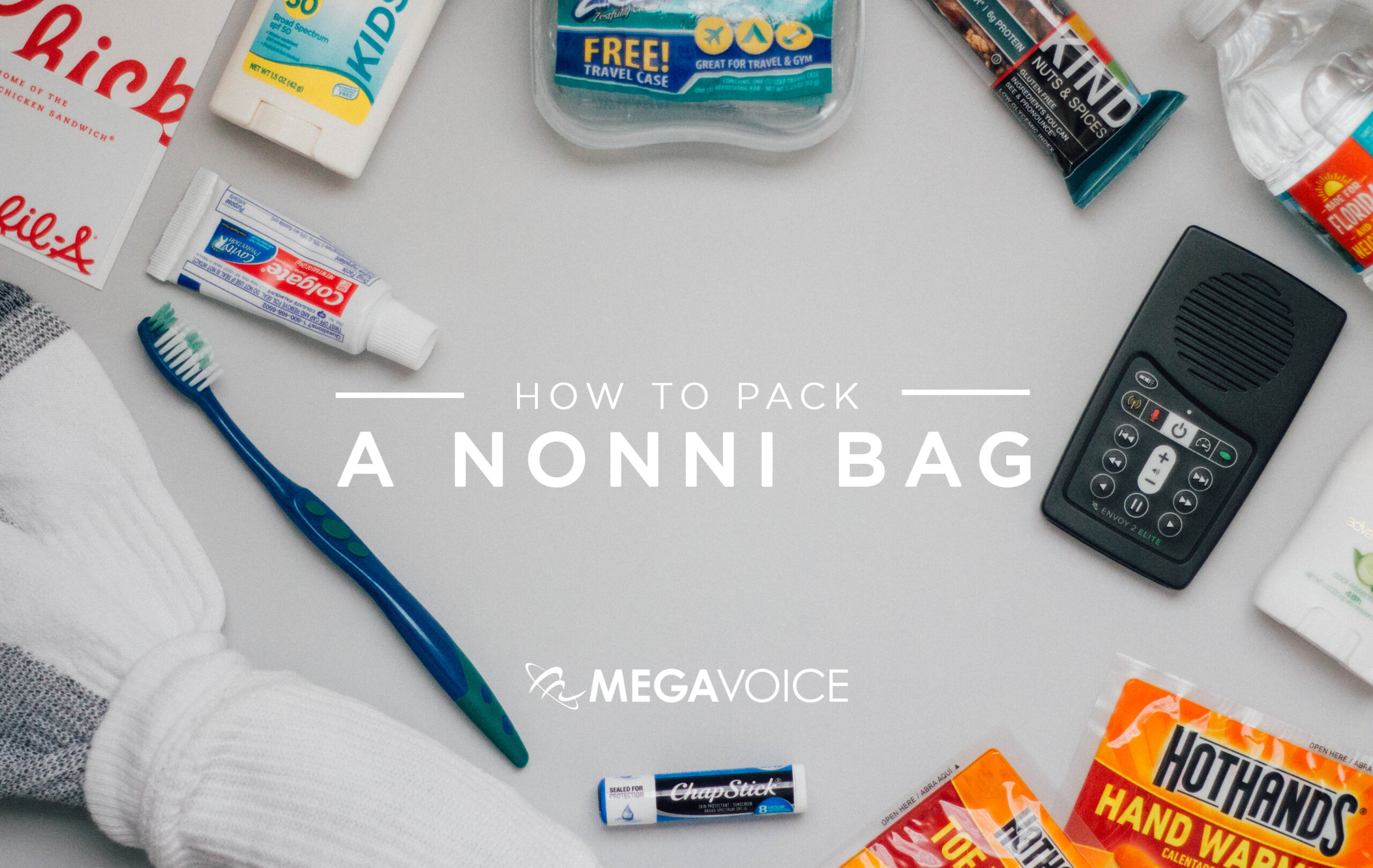 MegaVoice players have been proven to maximize the ministry of believers all over the globe. And often they are portrayed in remote, far-off places. But The Nonni Project looks to use MegaVoice players in urban homeless ministry and has done so with great success. Because they are solar powered, individuals with sporadic access to electricity can still access their Bible, a powerful LED flashlight, and the radio. In the event of inclement weather, this access to the radio can be the difference between life and death.

As of this month, MegaVoice has teamed up with Streetlights – the world’s first urban audio Bible. From Matthew to Revelation – poets, pastors, parents and even children have read Scripture aloud over a hip-hop score so that anyone and everyone can understand and internalize God’s Word. Available online and via the free Streetlights app, this dynamic, engaging audio can now be loaded onto MegaVoice players, transforming ministry to urban English speakers.

Across the street, across the globe

Believers in Singapore, Peter and Ruth, were able to use a MegaVoice player to reach a Hokkien-speaking homeless man who was not able to read. “He is 87-year-old… has no wife, siblings or children, and was wandering the streets. We had a lot of difficulties communicating with him as we are not fluent in Hokkien, so it was a challenge to share the gospel with him.”

As they got to know him, he asked for a portable radio. “We came up with the idea that instead of simply getting him a radio,” says Peter, “it would be good to get him a player that had an audio Bible built into it so that he could have the word of God with him in his own ‘heart language’. We believe the player would keep him company during quiet lonely nights or when he faces any spiritual oppression. It also comforts us to know that he has the Word of God so close to him at all times, to secure his faith when things get difficult. Over time, our relationship deepened and we subsequently brought him to church.”

Nonni passed away in 2009 but, when asked what she would think about the movement inspired by her legacy, Judy Cibene says, “She would just be thrilled. She would be right in there: giving those bags out and making sure they were hearing the Word of God. It would be something very close to her heart.”

Singapore to San Diego, Jakarta to Jacksonville – no matter where your community sits on the globe, you can join The Nonni Project by using MegaVoice players to maximize your homeless ministry.

“What good is it, my brothers and sisters, if someone claims to have faith but has no deeds? Can such faith save them? Suppose a brother or a sister is without clothes and daily food. If one of you says to them, ‘Go in peace; keep warm and well fed,’ but does nothing about their physical needs, what good is it? In the same way, faith by itself, if it is not accompanied by action, is dead.”
James 2:14-17

Give to The Nonni Project