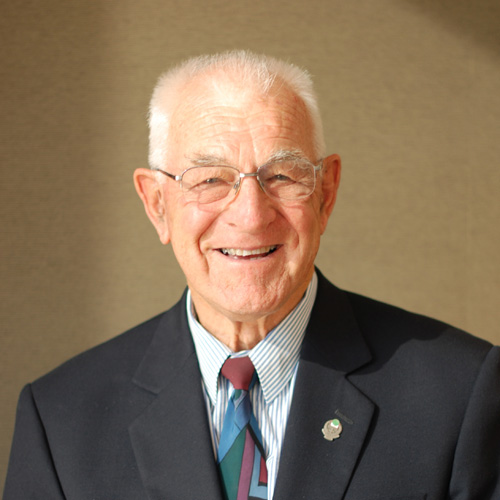 As an Australian Bible Society leader in the 1980s, Tom Treseder had a God-given desire to reach billions of people with God’s Word. However, Tom knew that many billions couldn’t read, were blind or were visually impaired. As one commissioned by God to distribute the Word, Tom felt passionately about the spiritual needs of those who could not read. He soon began directing his Bible Society team to use whatever technology was available to distribute audio Scriptures.

Thousands upon thousands of Bible audio cassettes and records were sent to the mission field. Response to the audio Scriptures by oral learners was encouraging, but an epidemic of equipment failures on the mission field made the effort extremely disheartening.

Tape recorders, audio cassettes and record players all failed on the mission field because mechanical machines could not survive the inhospitable conditions. Tapes froze in the northern climates and turned to mush in the tropics. Blowing desert sand ground record player gears into useless junk. “It was so demoralizing,” says Tom. “Every machine we sent out was doomed to fail sooner or later. On top of that, it took more than a dozen audio cassettes just to listen to one New Testament!”

Technology of the 1980s simply couldn’t survive harsh mission field climates. When Tom suggested to audio engineers that there needed to be an audio player without gears, they laughed and told him there was no such thing. They were right of course, but Tom didn’t give up and soon he and fellow Australians began praying for a radically new kind of audio player – one without any moving parts.

One day in 1988 while admiring a new car at a dealership, Tom heard someone say, “The door is open!” It turned out the voice was coming from a memory chip somewhere inside the car. Tom was beyond elated – if cars were now able to speak, why not a Bible? God was answering prayer.

Inspired by the “talking car”, Tom raced home and sketched what would soon become the world’s first solar-powered audio Bible – the MegaVoice. He jotted down that the device needed to be affordable, tough-as-nails, hold an entire Bible and be easy for illiterate and blind people to navigate.

With the vision on paper, Tom soon met Ken Crowell, an American engineer with a love for God’s Chosen People and a passion for God’s Word. The Lord soon added businessman J. Rudolf Geigy to the team. A biblical threefold cord was formed as the three pioneers begin turning Tom’s vision into reality. Before long they would produce the world’s first solar powered audio Bible.

Today, Tom and his wife Merriel continue to live in Australia where they partner with hundreds of ministries spreading God’s Word in thousands of languages to countless millions. 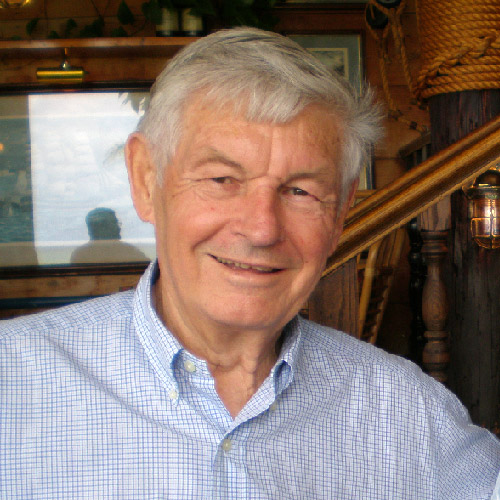 Whether it was ministering grace to unbelievers or offering followers of Jesus employment opportunities in his high tech company, Galtronics, Ken Crowell had his priorities straight. As a mechanical engineer, he conducted business with such integrity that leaders in the corporate world took notice. Many invited Ken to tell them about his faith in Jesus. Thousands of families have been blessed with good jobs over the years, and the blessing continues to this day.

In the 1980s, the Holy Spirit began speaking to Ken about the need for a revolutionary new kind of shortwave radio for missions work. The vision was confirmed in Ken’s heart the day he met Harold Kent and Alan McGuirl at a Christian conference in 1989. After speaking with each other, the three realized that the Holy Spirit had been talking to all of them about the need for the exact same kind of radio receiver. With joy in their hearts, they soon launched the Galcom ministry and immediately began developing the “Go Ye” radio. Almost three decades later, more than a million of these special little radios have been distributed in 135 countries.

As the first Galcom radios were being shipped to the Middle East, Ken was introduced to Tom Treseder, an Australian Bible Society leader with a vision to reach billions of people with an audio device yet to be invented. Bible Societies and other mission agencies had been using audio cassette players to reach illiterate people, but those unreliable devices were continually breaking down. In addition to player malfunctions, a whopping forty audio cassettes were needed to just to record one Bible. The need for a new kind of device was obvious, but considering the technology available in 1989, creating a new kind of talking Bible would be a tall order.

Ken and Tom were soon joined in their venture by businessman, Rudolf Geigy. The three prayed, worked, persevered, and then prayed some more. What began in Ken Crowell’s labs as a small device speaking for only a few seconds is today the solar-powered miracle known as MegaVoice – an audio Bible capable of playing up to 1600 hours of Scripture audio content. More than 1.5 million MegaVoice solar audio players are in circulation impacting an estimated 13 million people with the Good News.

After a five year battle with chronic leukemia, Ken Crowell passed into the Lord’s presence on January 25, 2012. He is survived by his wife of 57 years, Margie. Ken and Margie Crowell worked as a team for decades in Galtronics, Galcom and MegaVoice. It is impossible to know the exact number of people their lives have impacted, but it is certainly in the millions. 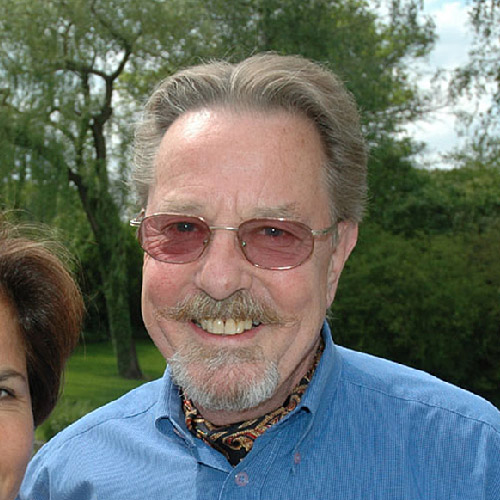 J. Rudolf Geigy joined Ken Crowell and Tom Treseder in the great solar audio player project early on. The three were destined to bring the world’s first solar powered audio Bible into existence, but in 1988 their vision was a decade ahead of the digital technology wave.

Overcoming financial hurdles and technological barriers to create an eighty-hour digital Bible would require perseverance, and Rudolf continually rose to the challenge over the years. Because of his dedication to the work of the Great Commission, this Swiss businessman supplied the financial resources needed to make breakthrough after breakthrough.

“I highly respected Ken’s courage to try and make a digital audio player speak for more than ten seconds,” says Rudolf. “People have no idea what it is like to try to jump ahead a full technological decade – but we were doing it because we wanted everyone to hear the Gospel in their own language.”

The three men and their supportive wives prayed, worked, persevered and then prayed some more. Before too long, what began in Ken Crowell’s labs as a small device speaking for only a few seconds became the solar-powered player known as MegaVoice – a robust, audio Bible capable of playing up to 1600 hours of tamperproof Scripture audio content. An estimated 13 million people have already received the Good News through MegaVoice solar Bibles.

“I have to say that from the beginning my involvement in MegaVoice has been a mandate from the Lord – that is why I am still actively involved today. I genuinely wish my dear friend Ken was still alive to see these solar audio Bibles speaking to millions of people in thousands of languages. Tom and I miss Ken, and someday we will see him again – that is the hope of the Gospel we are taking to the ends of the earth.” – J. Rudolf Geigy